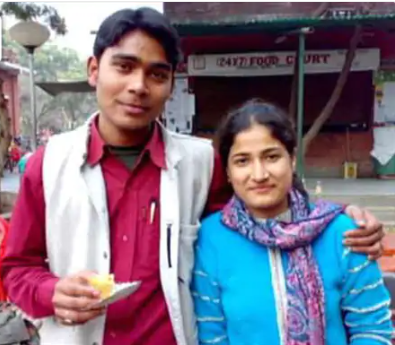 The ninth story of Pyaar Ka Postmortem series is of an educated independent Khayal girl, who had to pay her life for falling in love with a boy of another caste and getting pregnant before marriage. Read the story of Nirupama Pathak, daughter of Koderma of Jharkhand and journalist by profession, whose death became a sensation. Jail to parents and lover

The ninth story of Pyaar Ka Postmortem series is of an educated independent Khayal girl, who had to pay her life for falling in love with a boy of another caste and getting pregnant before marriage intelligent, cheerful and friendly girl. Top class student and promising journalist. Born in a Brahmin family of Koderma, Nirupama was independent since childhood. She would dream of a bright future with open eyes and would work hard to fulfill them. It’s June 2008. After finishing her early studies, she came to Delhi, the capital of the country, to give impetus to her dreams.

The admission process was going on in IIMC, Delhi. On June 29, 2008, Nirupama also came there to take admission in Radio and Television Journalism course. She was waiting for her turn for the interview in the corridor. Then Priyabhanshu Ranjan, a resident of Kadirabad in Darbhanga, Bihar, came out after giving an interview. His eyes fell on a girl sitting on the bench wearing a yellow suit. The girl’s eyes were fixed on the interview room. Priyabhanshu’s feet stopped. The eyes stopped. Time stopped and the heartbeat increased.

‘Prayed to God, to reunite him’

Priyabhanshu told in an interview to The Indian Express, ‘That girl was none other than Nirupama. There was something in it that I couldn’t stop myself from talking to him. If I did not understand anything, I had given only a 5-minute motivation speech. A full month later, on July 28, 2008, I saw him for the second time in the orientation program. This time, he went ahead and said hello. However, in this one month I thought about him several times. Had also prayed to God that I wish he would meet again. I wish it could be mine. Soon the two became friends. Slowly our friendship turned into love. We both wanted to get married.

Those who knew Nirupama and Priyabhanshu said that both were considered ideal couples of IIMC batch 2008-09. Everything was perfect between the two. They had completed two years together. Nirupama Pathak, 22, who loved listening to songs from Hindi films. She used to sing Cooked delicious food. His favorite thing to do was to experiment with new recipes. She was a very patient, mature and helpful girl. Her only crime was that she had dared to love and wanted to marry a boy of her choice.

Nirupama did not want to make her father unhappy for love

After completing media studies in the year 2010, both of them started jobs. Nirupama and Priyabhanshu told their families about each other. Priyabhanshu is a Kayastha by caste and Nirupama’s family did not accept the son-in-law of another caste under any circumstances. She did not want to make her father sad and also did not want to be away from Priyabhanshu. Nirupama was confident that as Papa had sent him out to study, he would agree to their marriage as well, but it did not happen. The two planned to get married on March 6, 2010, but the marriage was postponed after receiving a letter from Nirupama’s father.