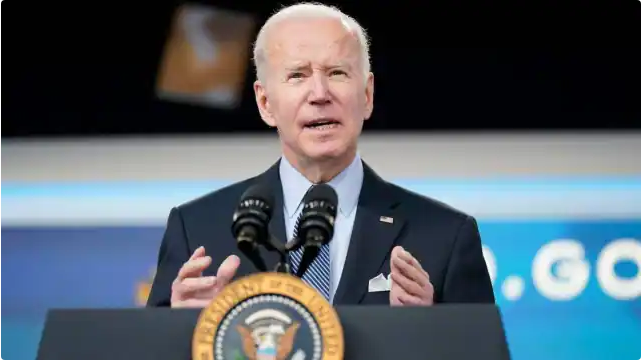 US President Joe Biden has said that he has a very good relationship with India and has visited India twice. He said that he will go to India in future also. Earlier, US State Department spokesman Ned Price had said that we have had several rounds of discussions with our Indian partners and after considering all the points, our conclusion is that every country has a different relationship with Russia.

He said India’s relations with Russia have evolved over several decades. Price said it has evolved over the decades when the US was not prepared for or became the partner of choice for the Indian government. But now the situation has changed, he said. Relations with India are a legacy of a bipartisan tradition that has been going on for more than two decades now. The relationship between the two countries actually began to grow with the former President (Bill) Clinton administration, of course America’s partnership with India grew in the former President George W. Bush administration and it became the partner of choice for India, in which There is also the matter of security.

‘US is with India and willing to partner’

Price said this is not a partnership built over the course of days, weeks or months. In response to a question, he said that I had said earlier also that India’s relations with Russia have evolved over several decades, as many countries are renewing their relations with Moscow, as we have seen among them. Have seen many do it. It will be a gradual process. But throughout all this, we have made it clear to our Indian partners that we stand by them, he said. We are ready and capable and willing to partner with them.

Of course, we had a ‘2+2’ dialogue with our Indian partners not so long ago, he said. In the context of I2U2, we will once again look at Prime Minister Narendra Modi. Apart from India in I2U2, we also have UAE and Israel with us. India is joining many partnerships with us, which of course includes the Quad. He said this is a group that this administration wants to revive and it has done so at a very high level.